Industrial pollution is a horror for Environment Day! 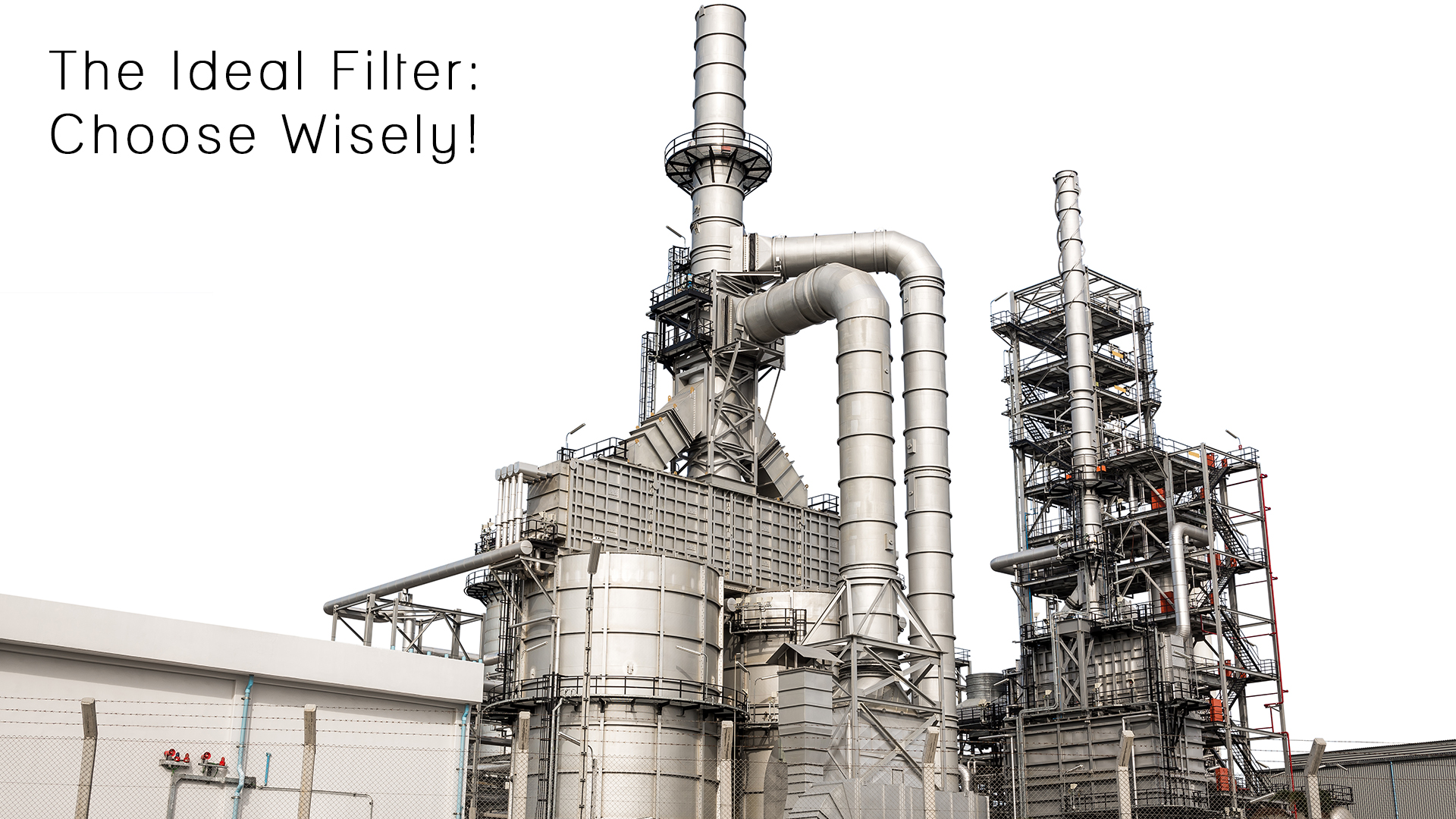 Taking the right Filter selection decision requires knowledge and research of the requirements about the process filtration. The filter selection process is, in fact, a detailed one with the dynamic scope and few points are to be secured before buying it all the way! The steps to keep in mind, he needs to keep in mind while choosing the best filter for you are listed below:

The filter size requirements are decided according to the acceptable pressure drop and the cycle time required between periodic cleaning and element replacement. The size required is equally depended on the element and filter medium employed. Heavy contamination conditions require a filter element with a much larger size than normal, or alternatively a different type of element with better-collecting properties. Whereas to filter element with heavy retention properties may clog too quickly for economic use and could hamper the process at large. The filter may be even given decreasing efficiency properties so that an excessive pressure drop is avoided, but not at the cost of competing for loss of protection (where some loss could be managed), as it could occur with bypass flow initiated at a particular level of clogging.

Surface filters mostly consist of relatively low permeability (it is the degree of magnetization that a material obtains in response to an applied magnetic field). To achieve a reasonably low-pressure drop through the filter, the element area must be increased so that the velocity of flow through the element is kept low. This is the principle adopted with most of the surface filters, and also with some thicker media such as felts, which is consisted of both surfaces as well as depth media filters. A medium thicker media than normal restricts pleating or folding and hence similar reductions in flow velocity cannot be achieved with a small overall size of the element. The pressure drop behavior like this is necessary when dealing with large quantities of air. Substantial reduction of the force of the air flow through the filter could hold a damaging effect on the performance of the complete air-conditioning system. While handling liquids, the pressure drop through the filter is naturally higher, because of the greater velocity of the fluid. In these conditions usually, it is more advisable to restrict the permissible range of pressure drops.

One of the other essential requirements for the filter element is compatibility with the fluid and the relating system. Compatibility with the fluid refers to liberty from degradation or chemical attack, henceforth compatibility here stands for specifically chemically compatible element. Mechanical compatibility is another facet of compatibility to be secured, to ensure whether the element is strong enough for the duty involved or not. Fiber migration is one of the most crucial factors, because in some systems a certain amount of migration may be tolerated but in most of the cases other the fiber migration, it could eliminate the particular filter element from a list of possibilities. Whilst mechanical compatibility is largely a matter of system requirements, it can also be affected by the nature of the contaminant. Hard abrasive materials forced against soft media may produce physical damage, opening up localized leakage paths through the element. Similarly, the collection of fine abrasive particles by a flexible element may abrade and damage that element. Synthetic fiber filter cloths, for example, are often more prone to damage in this manner than natural fiber.

Another feature to be kept in mind is the contamination levels in fluids. Suppose, an oil bath filter may be referred to a dry element in particular dust-laden atmosphere, such as an internal combustion engine operating under desert conditions, due to its large holding capacity. Larger or heavier particles are deposited in the oil bath on entry, whilst the scrubbing of the air by the large area of oil-wetted surfaces removes the remaining dust. Dust-laden oil then returns to the bath where dust collects at the bottom displacing oil, which is automatically transferred by an overflow pipe to a lower reservoir, hence it can be reclaimed and reused during the servicing of the unit.

Where fine filtration is required, pre-filtering should be considered as advisable, even necessary. Thus, if an air stream is heavily contaminated with particles of say 100 microns and smaller, and if protection of subsequent equipment down to the order of 10 microns or less is required, the filter capable of providing this degree of protection may also become rapidly clogged with coarser particles. If these are removed by pre-filtration through a coarser filter or even a strainer, the main filter element performance will be maintained for much longer intervals between cleaning or replacement procedures. In fact, with any type of filter which shows virtually 100% efficiency at a particle size substantially lower than the filtration range required, pre-filtering is worth considering as an economic measure to reduce the dirt load reaching the filter, depending on the level of contamination involved.

The decision of filter selection is considered to be crucial and should be an informed decision, where all the elements, requirements, compatibility, placements, usage/duty to be performed by the filters play a valuable role and is supposed to be kept in the list of priorities. The filter choosing process requires being a time-kept process, with keeping in the mind the factory or outlet conditions, the workers or employees in engagement, etc. It would make the decision easier and suitable with respect to factory needs as well as a specific working environment decision.